The nickname of my alma mater, the Badgers of the University of Wisconsin-Madison, is misunderstood.  Many think it’s because there is a prevalence of the mammal in the rolling hills, woods and prairies of our state. The Badgers is our state animal after all, so the confusion is understandable.

However, Wisconsin, and the university, got the nickname “The Badger State” because of 19th century miners who came to unearth lead from the land of the Southwest corner of the state.  The workers, instead of taking the time to dig foundations for homes, chose to dig into the hillsides to sleep and live.  The carved out half-caves resembled the den of a Badger.  So, these miners were nicknamed badgers and these residents became representative of the whole state-even though most of the state residents were farmers.  (I will say Bucky, our mascot, is much better off being a cute, furry badger rather than a miner or farmer.)

Wisconsin is often misunderstood, underrated and underestimated. So, it was only fitting the Wisconsin Badgers football team won the 2015 Holiday Bowl game a couple nights ago against the favored University of Southern California Trojans.

The Badgers team entered the game as 3.5 point underdog and with many college football “experts” picking USC to win.  No matter though, Wisconsin residents, fans, coaches, and players have learned to accept and dismiss these expectations.

If I might brag, the recent confidence started with the Rose Bowl championship team I was lucky to be a part of in the 1994 game where we upset the home team UCLA Bruins 21-16. 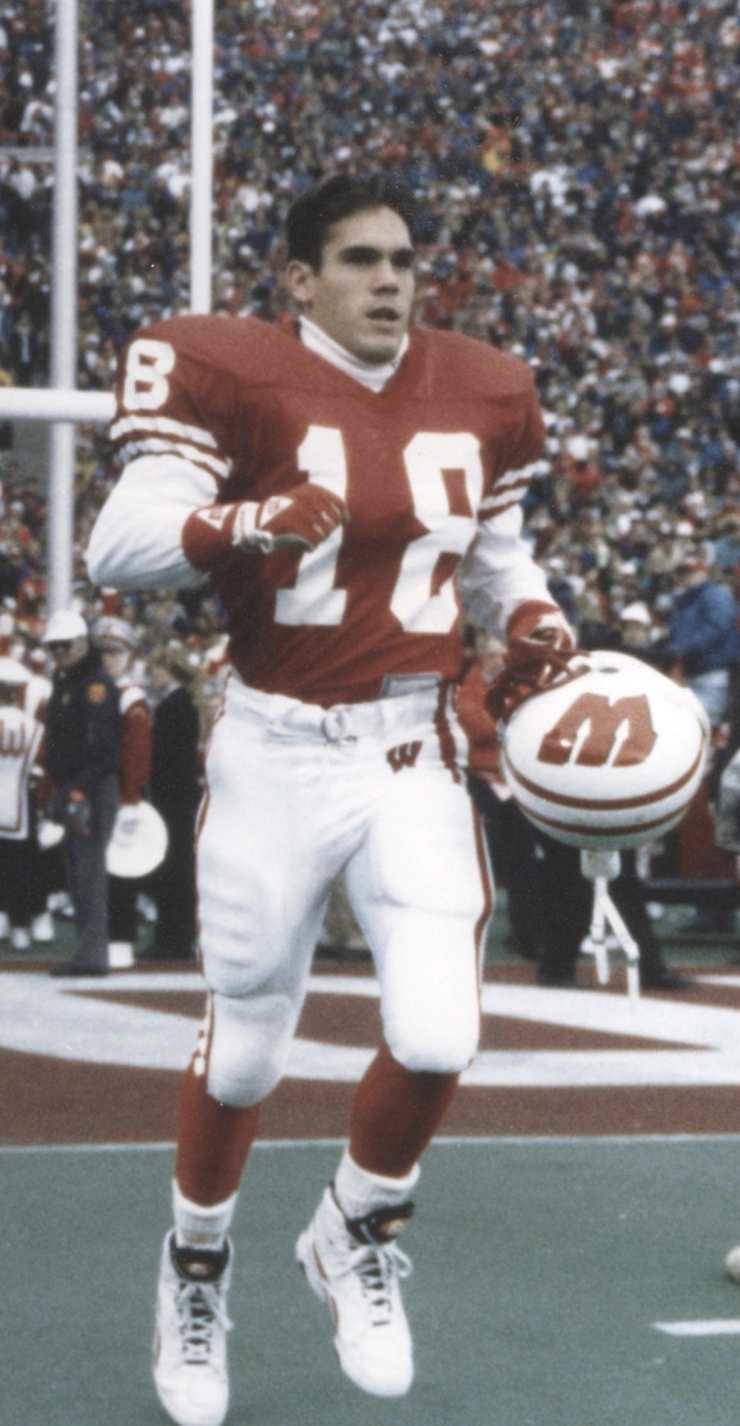 I’m not saying we should have been favored in all of these games.  We deserved our status as the underdogs at times. That’s fine. But, the UW is a default underdog more often than not.

So maybe a more representative nickname for our state is the Farmers and for the university’s sports teams, the Underdogs?  But, that’s okay because oftentimes labels don’t represent what they are supposed to.

My point is, Wisconsin Badger fandom will provide many good life lessons for Cash as he inevitably will be exposed to cheering for and supporting the Wisconsin Badgers by being around me and my family.

I’ll share with him what we’ve all learned by being Badgers fans.Expect to be misunderstood. Talent is great but useless if not fueled with hard work. Focus on preparation not on glory.  Preparation puts you in position to be in the right place at the right time.  Success isn’t lucky. Bucky ain’t lucky! We earned it.

Most importantly, expect to defy expectations.   Understand the underdog. And enjoy and be inspired when the underdog comes out on top.