A few days ago, I drove up to Minneapolis for a work project, up and back in a day with an overnight stay.

As I advanced northwest through the green hills on I-94, I had almost five hours to think too much. (For my California friends, we say I-for Interstate-followed by the number of the highway, hence, I-94. As opposed to you left coasters, who would call it, “THE 94.”  Yeah, that’s true my Wisconsin friends. Don’t ask. Just accept and move on.)

The last time I’d made this very same I-94 trek was nearly eight years ago in mid-November. Then, all the green hills were covered in white, with leaf-less trees and nubs of corn stalks barely peeking above the snow.

I was heading to a book signing at a Badgers’ bar-Rosen’s-near the Metrodome stadium where the Badgers would play the Gophers the next evening. Wisconsin won. Sorry Minnesota friends, facts is facts…though you probably assumed it anyway 😉

As I drove now, I recalled the unsettling place I was at in my life when I’d taken this same route from Madison through Tomah, Eau Claire, and Hudson to the Twin Cities years ago.

The initial excitement of my book publishing had waned and slid into a stressful venture to get books sold and get paid. The harsh realization I wouldn’t receive any book monies until the following June-per industry standard. 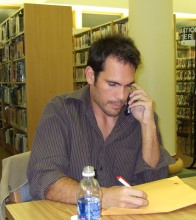 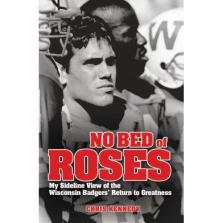 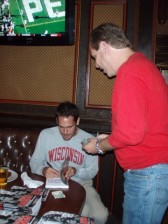 My book advance-less than $1000-covered rent for one month so my book tour travels were paid for on my credit cards. Such is the standard way of life for a non-famous author.

I was never under the delusion I would get life-changing money but it was more distressing because I’d taken a hiatus from teaching work in Los Angeles to make space for this adventure of a fall book tour. No regrets but no money either.

Once this signing was over, I’d return to LA and attempting to get my life back on track. The thin of ice of my relationship had broken and sunk. Feeling soaked, I had an ominous sense of too much freedom.

Nobody was waiting for me at my one bedroom apartment in California…wondering where I was, when I’d arrive, how the trip went, how many books I’d sold or interesting people I’d met or lessons I’d learned. Lots of question marks at the end of my thoughts and plans.

I was stayed with friends and family and friends of family at these signing stops in different cities to preserve my cash reserves.

In the backseat was a box holding 50 copies of my book, I was really hoping that box would be broken down and thrown out in some dumpster in the back alley of the bar. I returned with it intact, holding a dozen or so unsold, unsigned tomes.

For you Midwesterners out there, you know mid-November is the heart of hunting season. A good number of cars had dead deer strapped on them.  One particular cadaver tied to the back of a wagon stared right at me.  Even with the slight bounce of this head, his quizzical expression locked in on me…looking for answers I didn’t have. (Deep, eh?)

The white Wisconsin landscape spontaneously sent snow swirls along the sides of the Interstate. My thoughts bounced like the tumbleweed flurries and dissipated into the ghostly gray sky. 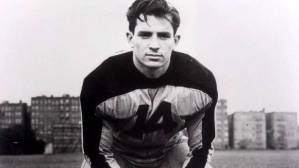 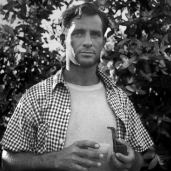 Speaking of-Jack Kerouac and I are both former college football players, travel writers and authors. He went on to become a cultural icon…and…I con spell “cultural.”

Nonetheless, his books On The Road and Lonesome Traveler appropriately apply–I was a lonesome traveler on the road.

Not this time.  Now, I have a wife who sent me off with well wishes and kisses, a smiley son whose sweet smelling head I could kiss before I backed my car out of the garage of my nice, comfortable home.

A wife who told me to get a steak and a beer and relax once I’d arrived at my destination. While I loved her thought and sentiment, I opted for the convenience of a sandwich and water from a Panera near the hotel before I crawled into bed and flipped through channels on the mounted, swiveled TV.

The next morning, I woke up, ate breakfast, did my work and drove the reverse route home.

Thankful, that now, when I looked in the rearview mirror, the only thing lonesome was the road behind me.

“Nothing behind me, everything ahead of me, as is ever so on the road.”— Jack Kerouac