Not from pain or discomfort, though that’s a possibility.

Not from being pouty, though that’s a possibility.

Not from seeking attention, though that’s a possibility.

Toddlers whine mainly because they don’t know and can’t say many words to express themselves…so we are left with the grunts, shrieks and moans.

Whining is a typical stage we humans go through. A whine of passage.

For the most part, Meghan and I have to endure it rather than eliminate it, at least until “use your words” is something our toddler, Cash, can actually do.

In the meantime…we’ll try to minimize his discomfort. We’ll try not to make him sad.We’ll try to give him plenty of focused attention.

And we’ll try our best to teach him words to help him express himself.

We are already treated to–and immensely enjoy– observing his non-verbals-the smiles, the cries and the way tucks his head into the crook of our neck when he’s tired. He seems to develop a new mannerism every few days.

We’re already seeing him stand on his own two feet-soon, all-too-soon, he’ll running around, climbing up and down.

But, won’t it be most interesting to hear him say the thoughts that go through his little head? The vast mystery of the multi-directions of his mind, his thoughts, pronunciations and observations.  Life…according to Cash.

We’re anxious to hear how the world is sifting itself through his developing brain. How many thoughts of Meghan and mine get repeated?  What in the world impacts him? At his thigh-high point of view.

For now, we have to wait. We don’t like it but we have to set the example. We can’t…whine about it. 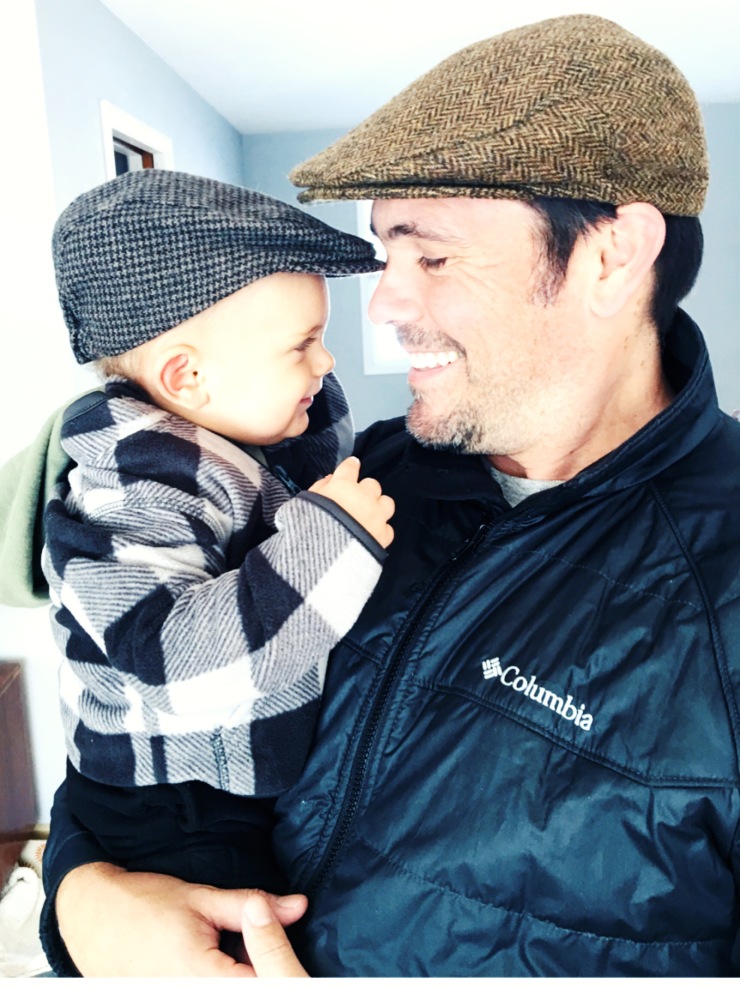